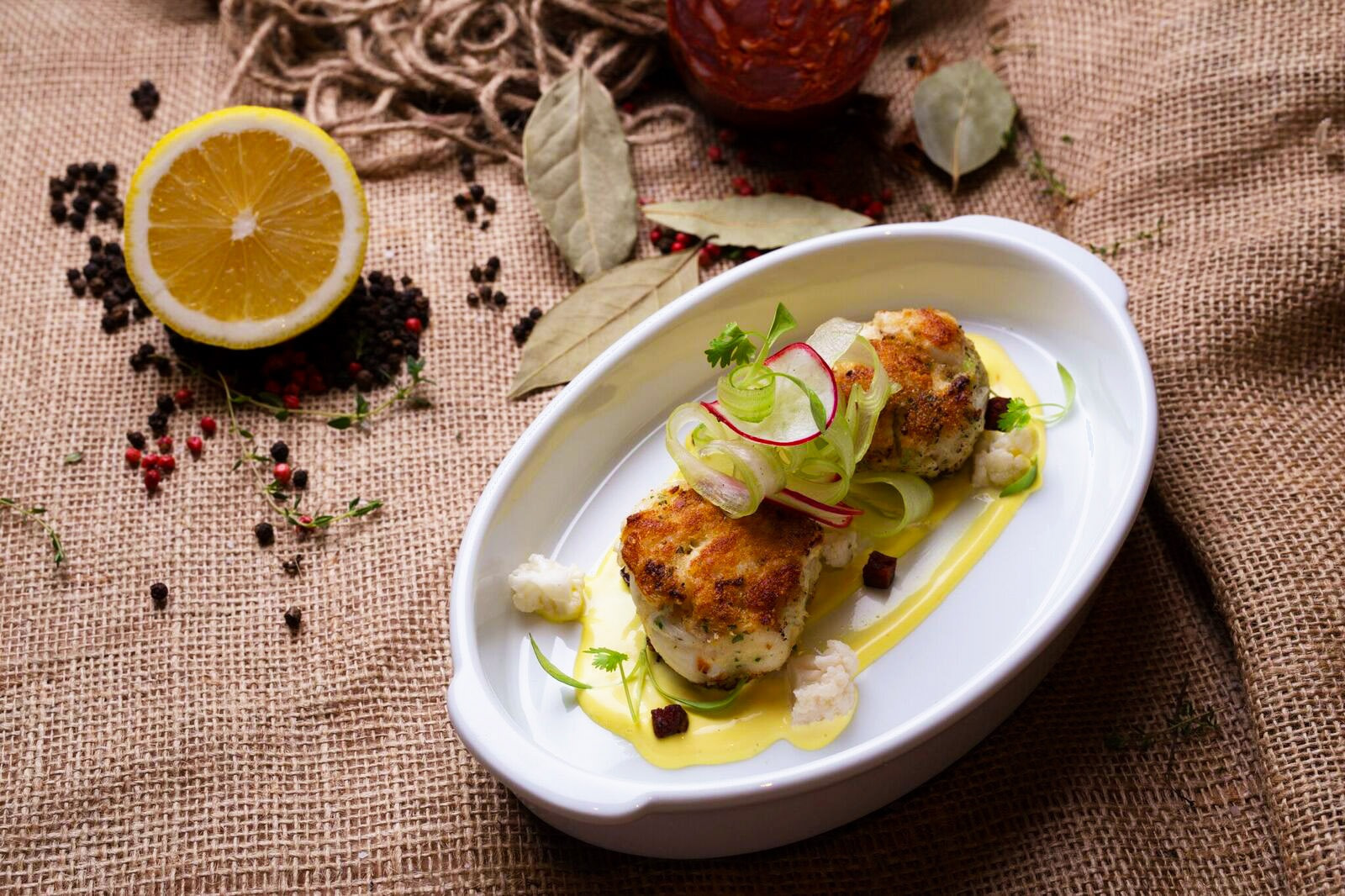 Crab cakes take many forms around the world, but the origins are rooted in the East Coast of the United States, particularly in Maryland. The first crab cake recipe is recorded in a 1930s cookbook written by Crosby Gaige titled New York World Fare Cookbook. He later coined the recipe as the “Baltimore Crab Cake” cementing its place in culinary history.

Many native Americans of the area utilized the Chesapeake Bay and Delmarva Penninsula for fishing and crabbing in the 1800s. It’s believed that early European settlers were led to the best crabbing areas by native Americans creating a long history of watermen. The early fisherman of the bay didn’t fish for crab as they were thought to be too difficult to catch, eat, and dangerous. The invention of modern crab traps is credited to Benjamin Lewis in the early 1920s, as he received a patent for the trap in 1928.

Crab cakes are very popular in Maryland and have been closely associated with the state because of the abundance of blue crab in the Chesapeake Bay. Many versions and modifications have been spun over the years, I like Old Bay in all of my crab cakes, but we have left it out of this iteration as we added a Spanish twist. Find the recipe for crab cakes at the bottom of the article, I’ve also included my favorite sauces for crab cakes below

My Top Sauces For Crab Cakes

SAFFRON AIOLI: Saffron is one of the most expensive and most sought after spices in the world. It roughly takes 70 thousand crocus flowers to produce one pound of saffron threads. They are meticulously handpicked with tweezers, as to not damage the delicate flowers. The origins of Saffron have been traced back to Southwest Asia, today Kashmir’s saffron is considered the most prized, because of its long stigmas and thick heads.  The crocus flower grows best in warm climates and rich soil, Spain was at one time the leading countries exporting saffron with production hitting 70% of the world supply, that number has fallen to around 5% in the past decade.  I’ve included a recipe and method at the bottom of this article, I also utilize this aioli for pan-seared fish as it pairs perfectly.

CLASSIC TARTAR SAUCE: This classic sauce name seems to point to early Mongols who invaded Europe in the 13th century, as they were known as the Tartars by locals. The mischaracterization of the Mongols with Greek mythological hell “Tartarus” is likely the source where the French coined the term Tartar. A mayo-based sauce, tartar has gherkins, Dijon, capers, lemon (or vinegar) and fresh herbs. Its classic sauce for crab cakes and one of my personal favorites with fried seafood.

OLD BAY AIOLI: A German immigrant invented old bay seasoning in 1939, containing a blend of 19 different spices. Named after a famous steam-powered shipping line that ferried locals around the Chesapeake Bay and between Baltimore and Norfolk. Marylands food and beverage companies have long utilized Old Bay throughout their products. Today, many local businesses are producing beers, caramel, and even ice cream flavors. I add old bay to mayo with lemon and fresh parsley, its a perfect sauce for crab cakes and french fries.

CHIMICHURRI: A great way to lighten up your crab cakes is to use chimichurri. Thought to have been termed by the Basque people of Spain moving to Argentina in the late 19th century. It’s considered to be the Argentina BBQ sauce, but I love this sauce on crab cakes as it doesn’t contain a lot of fat and helps cut the richness of the dish. 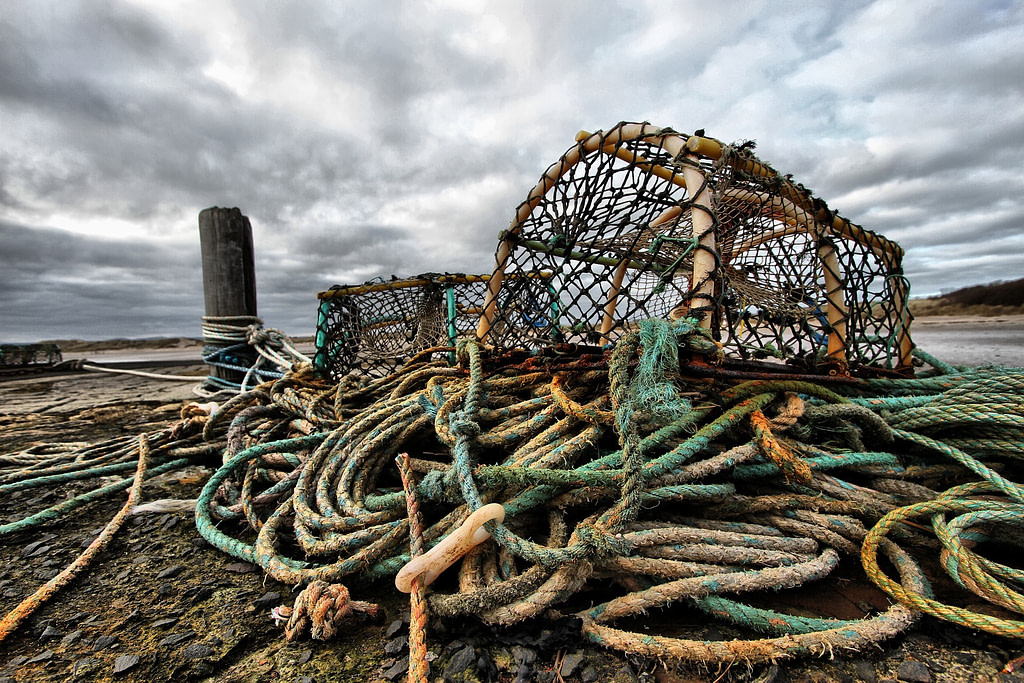 This is a recipe I developed for a Mediterranean wine bar in Northern Thailand. We’ve added a Spanish twist, we used the addition of saffron aioli, and crispy chorizo to take it to the next level. The pickled cauliflower helps cut through the richness of this dish,  A simple, fresh, and bright celery and radish slaw round out the dish, dressed with a little olive oil and champagne vinegar. Let’s break down the elements: 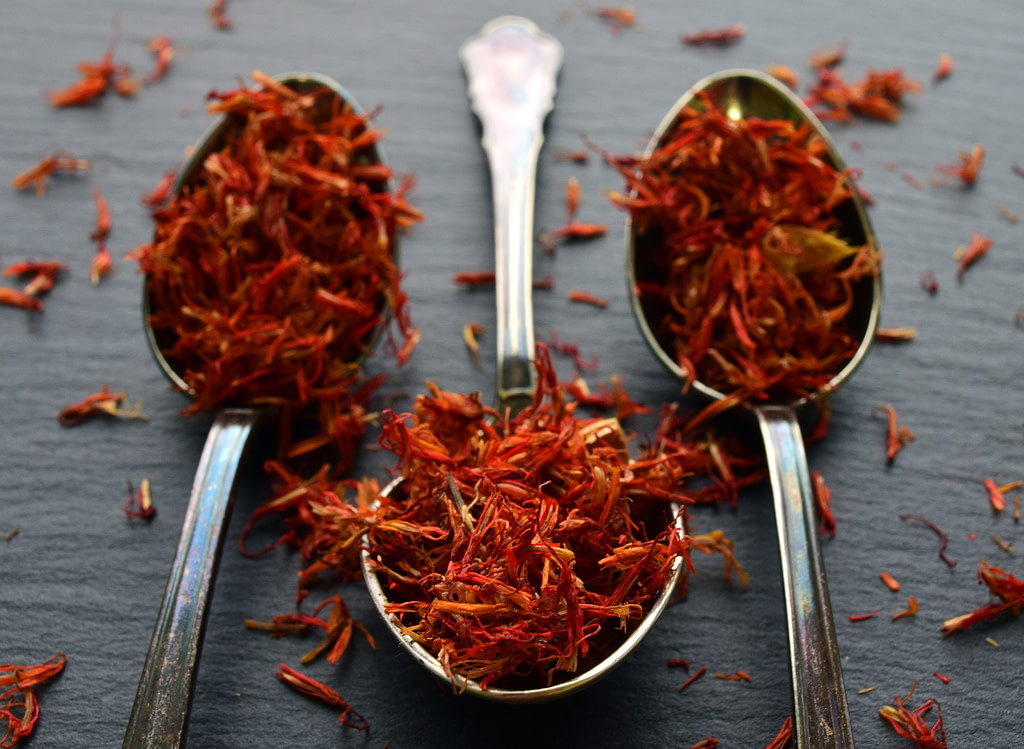 How to Make Saffron Aioli

The emulsification of the oil will thicken the Aioli and water will thin it out, work on getting the right consistency, it should sit nicely on the plate. I like to do this a day ahead, the saffron color continues to develop and you get a brighter Aioli. Saffron Aioli is the best sauce with crab cakes if you want to add that Mediterranean flare. 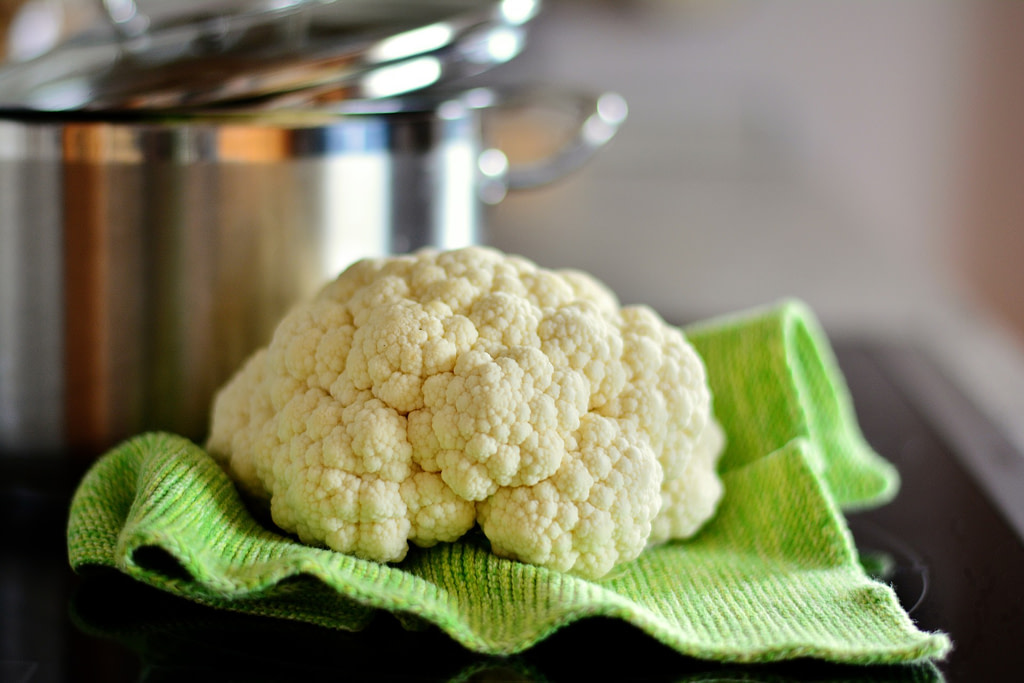 How to Make Pickled Cauliflower

The cauliflower should still have some texture, cooling the liquid helps not to overcook the cauliflower. It adds a bright briny flavor that cuts through the crab and Saffron Aioli. 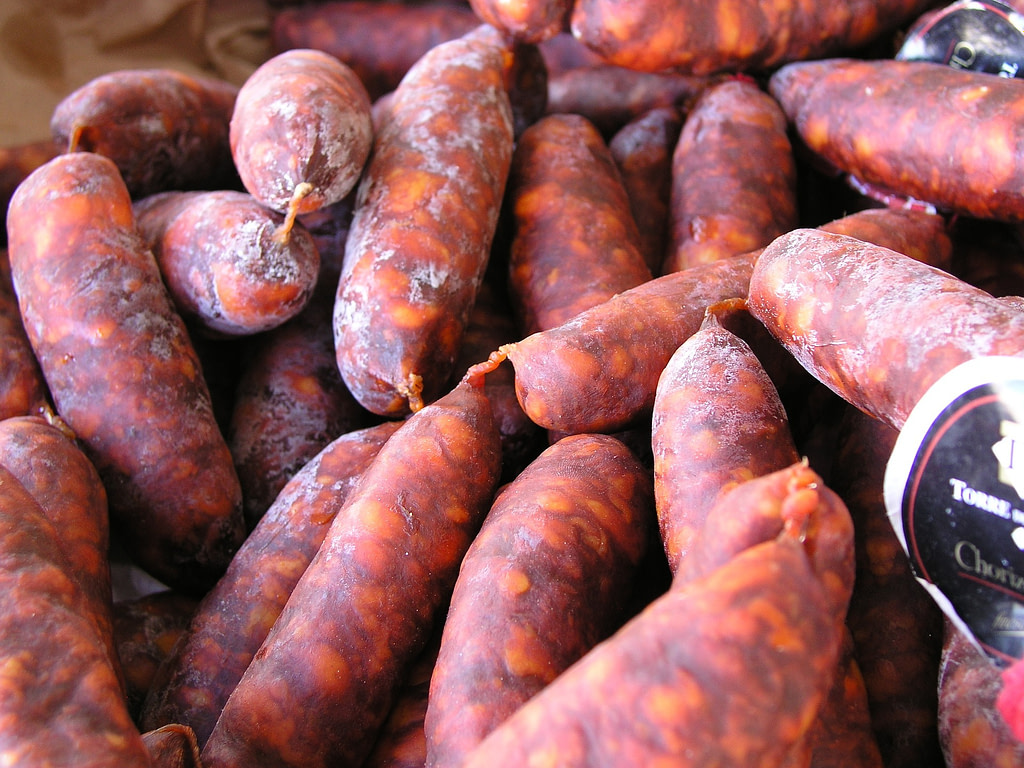 Chorizo sausage is thought to have originated in Catalan with the arrival of paprika (also called “pimento”) in the fifteenth century.  At the time European sausages were white or black, usually colored with pig’s blood. There are many varieties of chorizo most contain pork, garlic, red pepper, and paprika. Chorizo pairs perfectly with crab cakes and make it uniquely Mediterranean.

Let us know how your crab cakes turned out by leaving a comment down below and sharing it with your friends. If you love seafood Read about the history of Cioppino and make it at home with our recipe.

The Legacy of Lentils And How to Cook

We’ve Got The Golden Milk Ticket