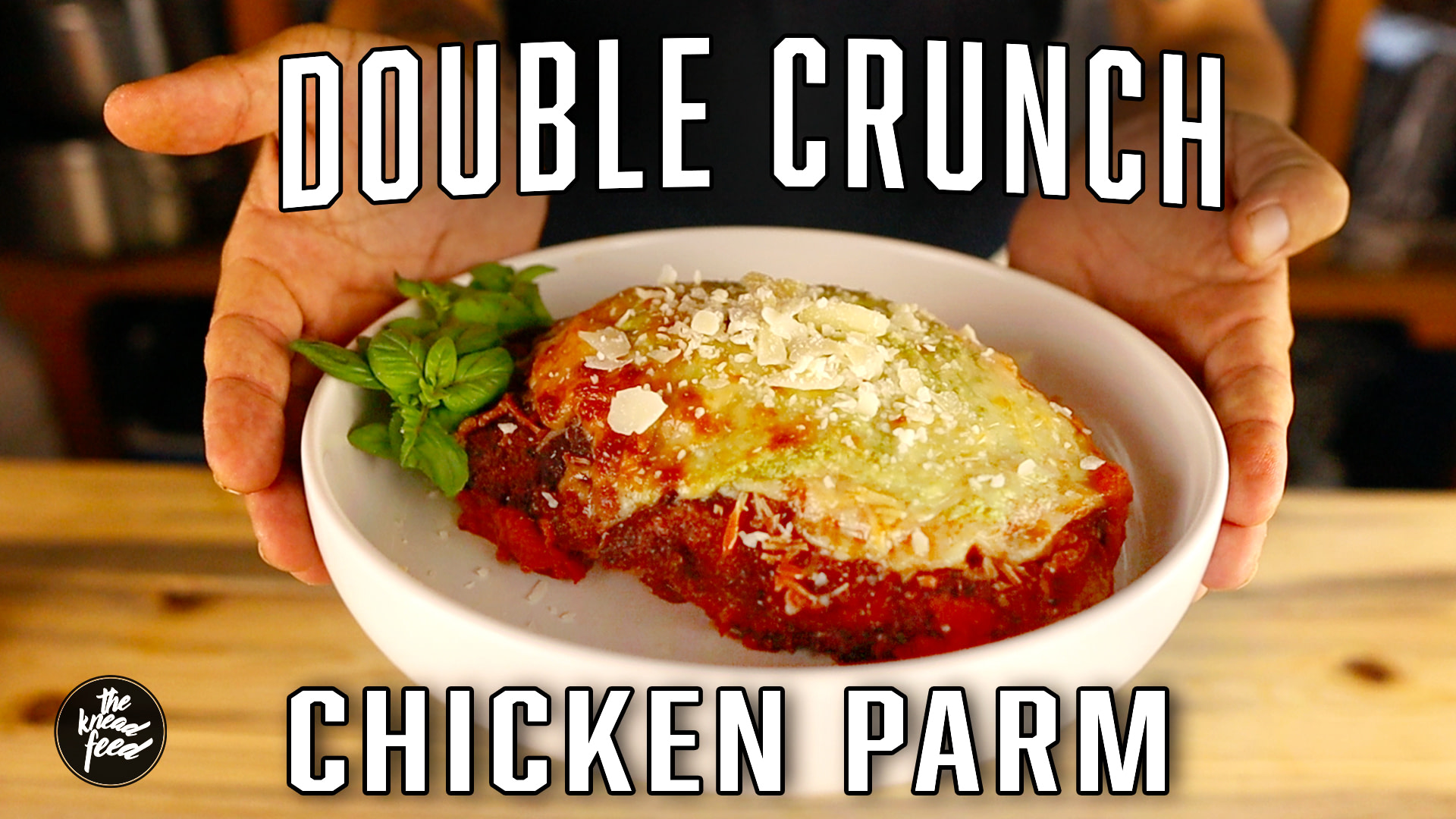 Chicken Parmesan is everything I love about comfort food. When done correctly, it brings together juicy chicken, crispy coating, a bright, sweet flavor of tomato sauce, and bubbly, browned mozzarella. I’ve put a special spin on this Italian-American classic by making it doubly crisp, and adding a layer of pesto ricotta. I’ll walk you through all the steps – I’ve included a full recipe below that you can print out and have on-hand at home.

Check Out All of Our Recipes On Our Youtube Channel

The Origins of Chicken Eggplant Parmesan

Chicken Parmesan is uniquely Italian-American, but it’s origins stem from the traditional Italian dish, Melanzane Alla Parmigiana, better known to us as Eggplant Parmesan. The “classic” Chicken Parmesan wasn’t created until the 1880s, when over 3 million Italian immigrants arrived in America. In Italy at the time, chicken wasn’t widely available, and very expensive. When they arrived in America, Italian immigrants combined old-world recipes with newly available and affordable ingredients, altering classic dishes like Eggplant Parmesan into new variations.

Contrary to popular belief, the dish is not, in fact, named for the city of Parma. The “Parma” theory sprouted because of Parmigiano-Reggiano cheese, which is from the Parma region, but food historians would point out that Parmigiano cheese had been widely available across the country since the fourteenth century. Also, Parma is in northern Italy, while the first appearance of eggplant is known to Sicily, in southern Italy, and the dish was popular in Campania and Naples, which are also in the South.

Historians are split on whether the dish originated in Sicily or Naples – several Sicilian words are associated with the word “parmigiana”, including palmigiana, which is a window shutter with slats that the eggplant resembles when it’s layered in the dish. The first known written recipe, however, appeared in an Italian cookbook in Naples in 1786. General consensus seems to conclude the dish was born in the south of Italy, it’s original version being pan-fried eggplant with herbs and spices, Parmigiano cheese, baked with either tomato or egg-yolk cream sauce.

While Chicken Parm is great on its own, there are many options to pair it with a starch and/or a vegetable dish. In your favorite Italian restaurants it’s most commonly served with pasta, but it’s nice to mix it up and get creative. Below is my chicken parm recipe

I’m of the mind that when pairing food you need to balance the richness, acidity, and textures to get the best flavor and experience out of the dish. The rich cheese and roasted tomato sauce paired with the Parmesan crusted chicken provide both balance and acidity to the dish. A simple vegetable like green beans or sauteed spinach finished with lemon is my go to.

You could also do a bright, citrusy caesar salad to help cut through the richness of the parmesan and mozzarella. Rice pilaf, orzo pasta or cauliflower rice would also be great pairings for the dish as well.

Make this chicken parm recipe easy by substituting for your favorite jarred tomato sauce and skipping the pesto ricotta!

If you can’t find panko bread crumbs at your local store you can order them on amazon here,  I like to pulse them up a little in my food processor. You can also use the classic Italian style breadcrumbs. 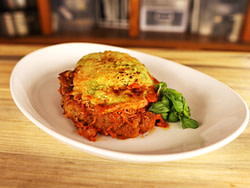 The Legacy of Lentils And How to Cook

Crab Cakes With A Mediterranean Twist